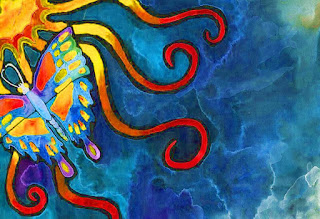 Imagine a world where
every flower
every boy and girl
every word
has its place. 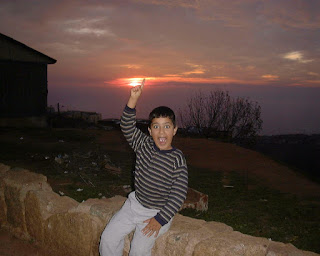 A few months ago, while visiting churches in Indiana, I visited a congregation outside Indianapolis and heard their story.

This is the story of a church that has decided to hire a wrecking company.  What for? To tear down their beautiful, historic building.

This congregation has a church building that is an icon in a town on the corner of Church Street and an important alternate route into the city.  The building, completed before the 1850s,  has priceless stain glass windows, an imposing bell tower, and organ that was completely refurbished just a few years ago.  The church has a large parsonage on the same property.  Like so many other churches around the country, the congregation was getting older and smaller in size, so they began to talk about what they should do.  After many long and painful discussions, they decided that they did not want to continue spending all of their money on maintaining and fixing the building, which had asbestos in it, and began studying areas of town where there were new families and opportunities for growth.  They purchased 5 acres of land near several new subdivisions, built a general purpose hall with all the latest energy efficient conveniences, and set up a community garden program.

Eventually they decided to no longer heat or cool the old building and began holding all services and activities at the new site.  Families that had not been related to the church signed up to share space in the garden and the community began to identify the building as a place where different social and service organizations could meet.  The old building was boarded up and the congregation decided to sell the property along with the parsonage and use the money to continue developing the new site.  The congregation agreed that they would keep the windows, the bell and the organ to be placed in their new church when it was built.

A major pharmacy chain made on offer of 5 million dollars for the property.  The night before the deal was to be signed, the city council had an emergency meeting.  They proclaimed the church as a historical site and stopped the sale.  The pharmacy would not be able to tear down the church and the deal fell apart.   A member of the church who was a retired lawyer worked very hard and managed to have the historical site designation revoked, and the congregation once again began to work on a deal to sell the boarded up church that they were no longer using.

Now they were able to work out the sale to another company but only for 1 million dollars.  Again the city moved to stop the sale.  The company backed out, and as time has gone by, no other business wants to get involved in a deal where they will be marked at the "bad guys" who tore down the town´s iconic church.

Draw a line
in the sand.
Mark your side, your land
separate from mine.
Boundaries are curious things:
protection from hurt,
the power to say "no",
or "yes" when hope
is hidden from home.

Maya Exhibit
Buried civilization
hills hiding homes
and temples and squares and
overtaxed resources.
Drought: no food, no water, no crafts.
They walked away slowly
into the jungle and
disappeared
forever.

Modern we call civilization
with no concern for nature.
Just resources to be exploited,
will our fate follow
the same route?
With no jungle to walk away into
how will we
disappear?
Forever.